WHAT ISLAND MATCHES YOUR VIBE? TAKE THE QUIZ HERE... Celebrating the 75th Anniversary of the Bikini

Seventy five years ago today, the first bikini swimsuit made its debut. It was thought to be too skimpy and scandalous and took a while to catch on and gain popularity. It has since become a summer staple that can be spotted on nearly every beach around the world.

The freedom to wear any style of bathing suit we choose including a bikini has not always been enjoyed by women throughout history.

It’s hard to believe that In 1922 a women’s swimsuit could not be worn more than six inches above the knee! Bill Norton, a bathing beach “cop” is making sure these women are obeying the rules by measuring the distance between their knees and the bottom of the bathing suits. 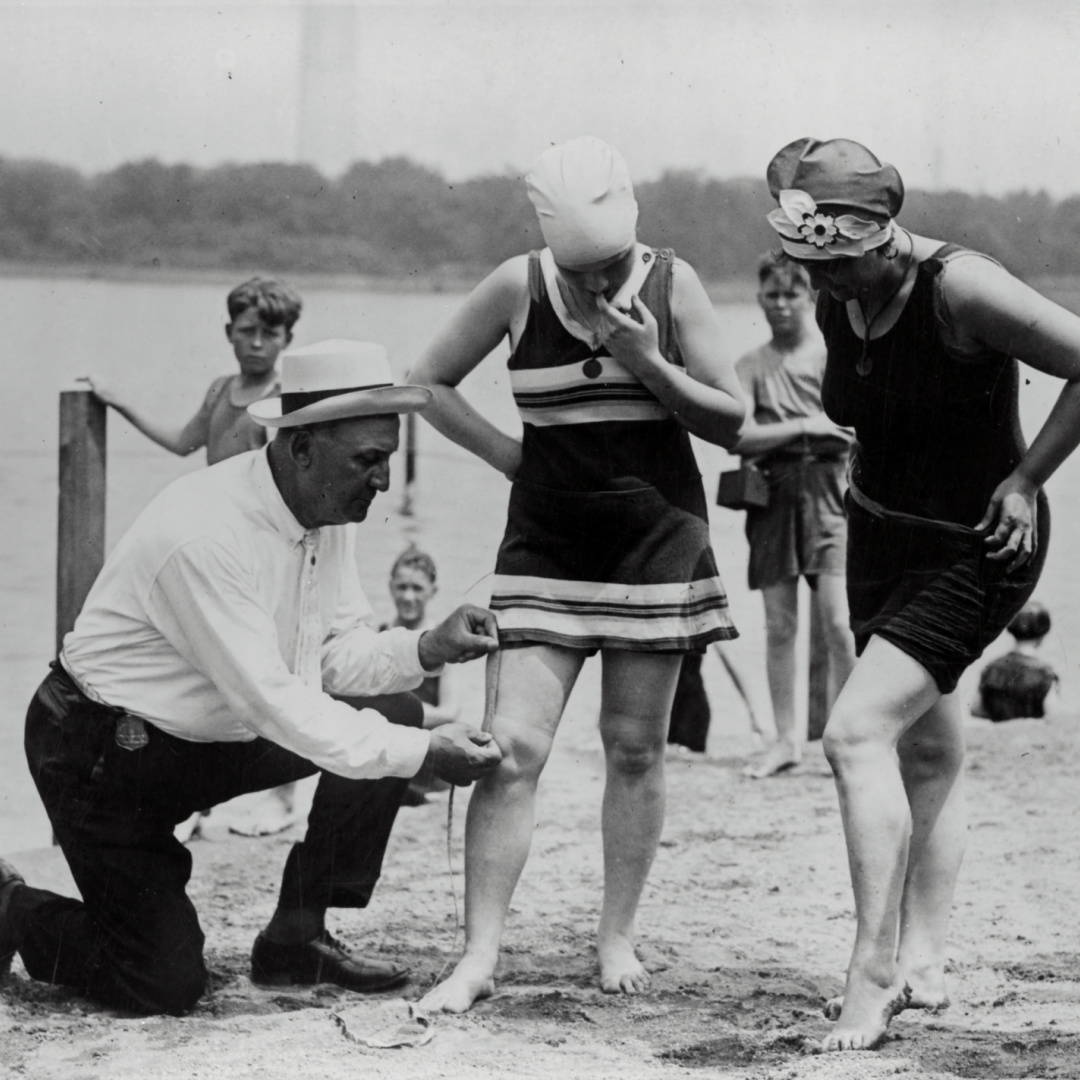 Photo by Library of Congress via Unsplash

FUN FACTS ABOUT THE BIKINI

• On July 5, 1946, French designer Louis Réard launched his two-piece design calling it the Bikini in reference to Bikini Atoll where the atomic bomb testing took place just three weeks prior.

• Réard had a challenge finding a model to wear his design because they found it too risqué. He found a French showgirl named Micheline Bernardini who was willing to model it in a fashion show at the Piscine Molitor swimming pool in Paris.

• Knowing that the Bikini would make headline news, Réard created the first version of his suit using fabric that had a newspaper-type printed design.

• Réard advertised that a two-piece swimsuit was not a genuine bikini "unless it could be pulled through a wedding ring."

• Many countries banned the bikini including Spain, Portugal, Italy, Belgium, and Australia. The bikini remained banned in most of the United States until as late as 1959.

• The exposure of a woman’s navel was prohibited in Hollywood films by the Motion Picture Production Code in 1934. It wasn’t until several years later that Marilyn Monroe was allowed to show her navel in the film “Somethings Gotta Give”. "I guess the censors are willing to recognize that everybody has a navel" said Marilyn.

• The Olympic Committee declares the bikini the official uniform of women’s beach volleyball in 1993.

Did you know these facts about the history of the bikini? What's your favorite bikini style?

What island matches your vibe?

Take our short quiz to find out and get packing!